Climate change: What is it?

Climate change describes a change in the average conditions—such as temperature and rainfall—in a region over a long period of time. Global climate change refers to the average long-term changes over the entire Earth. NASA scientists have observed that Earth’s surface is warming and many of the warmest years on record have happened in the past 20 years.

Climate change has both natural and anthropogenic 1 0 causes. Anthropogenic causes—or climate change due to human activity—has a 95% probability of being responsible for much of the observed increase in Earth’s temperatures over the past 50 years.2 Industrial activities by humans are changing the “natural greenhouse” and causing the greenhouse effect. This happens when natural and man-made heat-trapping gases from industry accumulate in the atmosphere, allowing in the short wavelengths of the sun’s light (solar radiation) and trapping the long wavelengths of heat that normally would radiate away from earth into space as infrared light.

Since 1880, the global annual temperature has increased at an average rate of 0.13°F per decade and over twice that rate (+0.32°F) since 1981. With an increasing rate of global annual temperature, it makes sense that the five warmest years in the 1880–2019 record have all occurred since 2015, while nine of the 10 warmest years have occurred since 2005. The year 2016 has been the warmest year on record and 2020 was the second warmest year on record. Data from National Oceanic and Atmospheric Administration (NOAA) and National Climactic Data Center (NCDC) that support this. 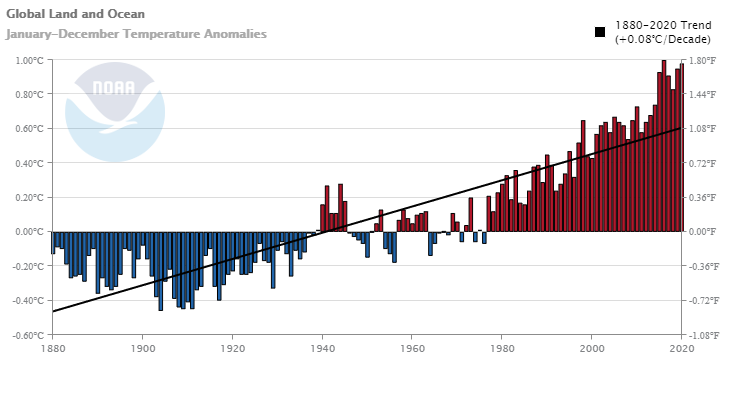 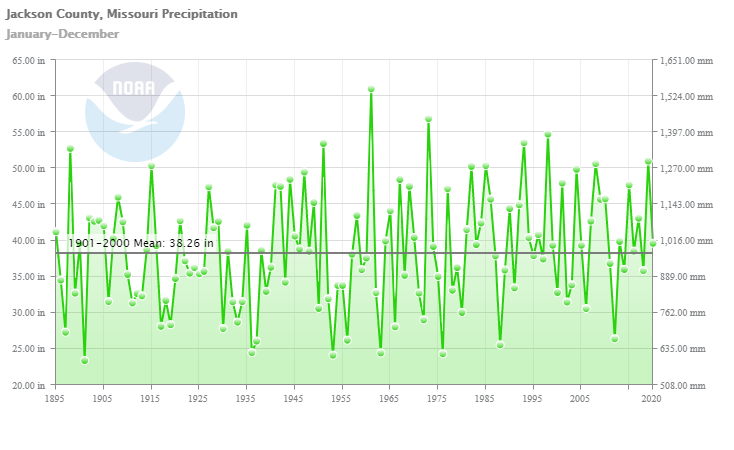 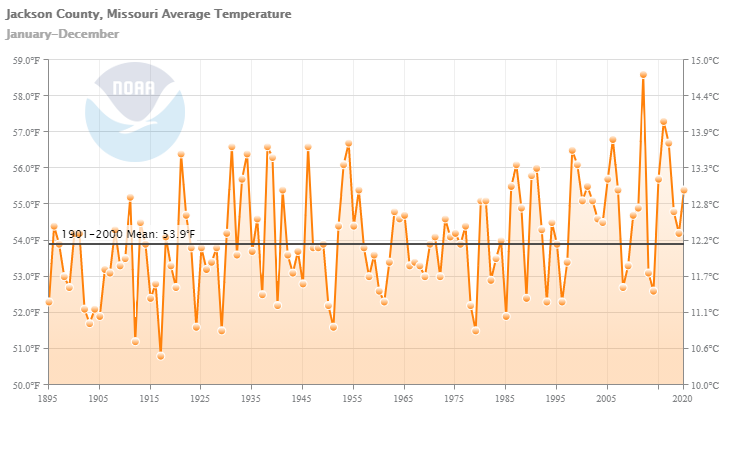 Recent and projected increases in annual precipitation for the Kansas City area are substantial, with concentrated seasonal rainfall during extreme events for both spring and fall, while the length of consecutive dry days will increase substantially in summer months. 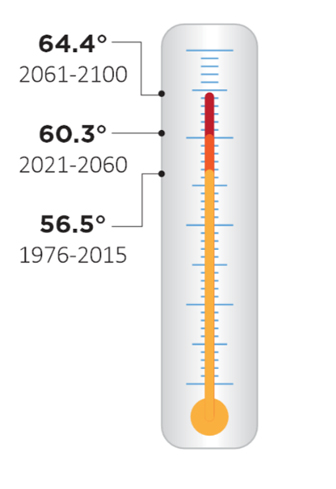 While recent changes in temperatures observed in Kansas City have been relatively modest, temperature is projected to increase substantially in all seasons over the remainder of this century. Heat waves will become more frequent and summer overnight lows will become hotter.

Projected changes in temperature and precipitation extremes can be expected to increase demand for summertime cooling, degrade local air quality and place additional stress on water supply systems, wastewater and stormwater management systems, and flood control efforts. Near-term climate resilience efforts might be best focused on water systems than on heat adaptation because changes in rainfall are already present and expected to continue, while rising temperatures are an emergent change.

Another report, “Risky Business: The Economic Risks of Climate Change in the United States,” suggests increased heat will lead to an increase of 5.3% in violent crime solely due to higher temperatures, decreased labor productivity of 2.3% and increased energy demand of 8% to 19%.

Potential impacts of climate change in the region